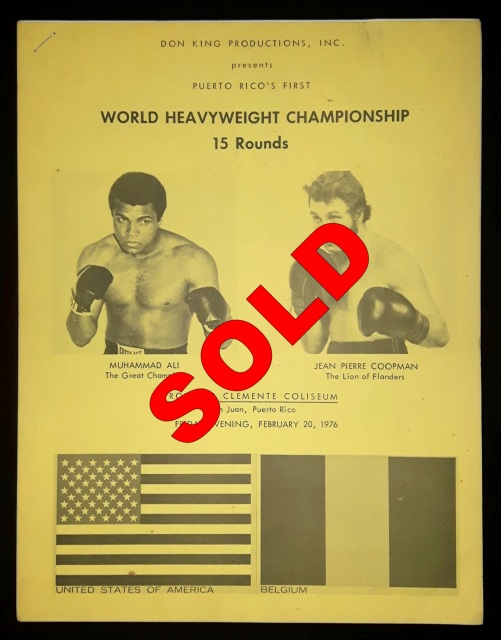 This is an original press kit from Muhammad Ali's match-up with the Belgian Heavyweight Champion, Jean-Pierre Coopman. The fight was held on February 20, 1976 in San Juan, Puerto Rico. Ali won with a knockout in the fifth round, yet Coopman was so pleased to be fighting his hero that his manager described him as the "happiest loser I ever saw". The press kit is thirteen pages in total, including the front cover. In VG-EX condition with slight paper clip impression along the top edge. Several pages have been neatly numbered in red pen.