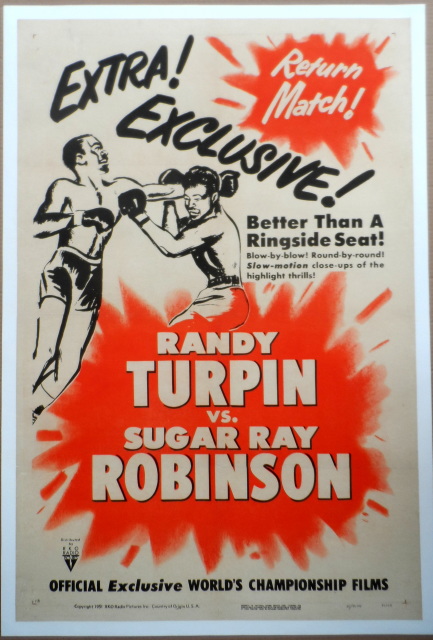 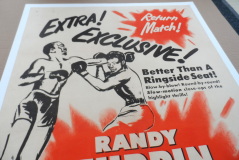 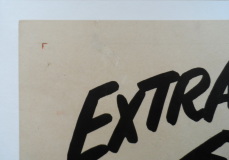 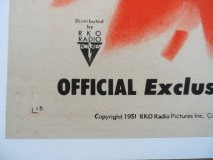 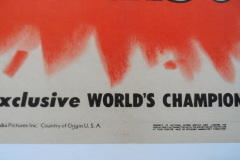 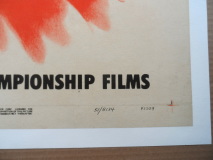 Sugar Ray Robinson v Randolph Turpin II vintage fight film poster issued by RKO Radio Pictures in 1951. It's a US one-sheet (approximately 27" X 41") poster featuring a scene from their first fight in London. The poster has been linen backed and professionally restored to near-mint appearance. The poster's surface was cleaned and there were a few spots of infill and retouching. Sugar Ray reclaimed the Middleweight title with a 10th round stoppage at the Polo Grounds, New York. In what had been a close fight, Turpin won rounds eight and nine on all three scorecards, opening a bad gash over Robinson's left eye in the tenth. Robinson fought back and dropped Turpin with a right hand. After standing at the count of nine, Turpin was battered along the ropes until the referee waved it off!