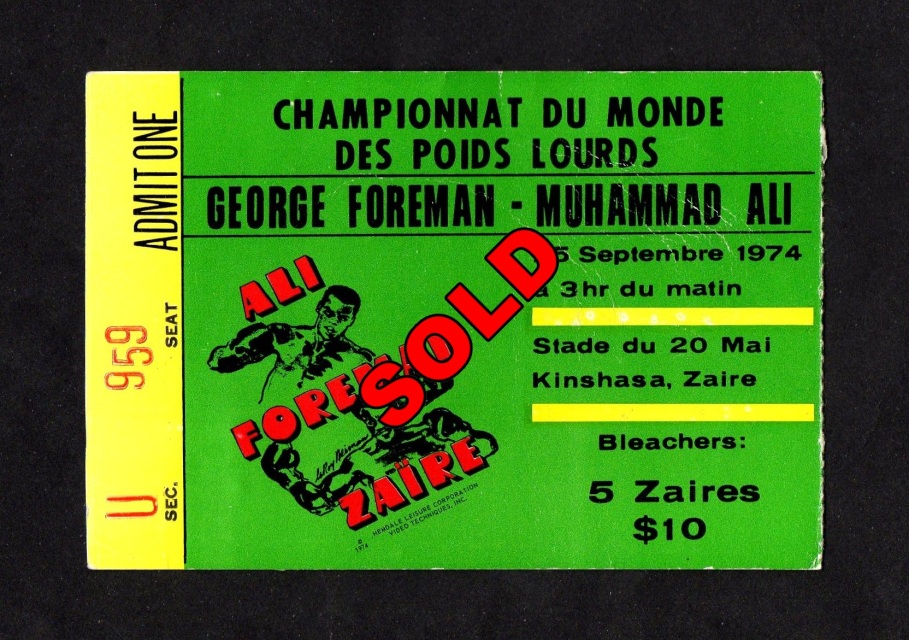 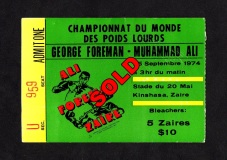 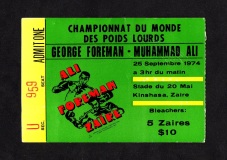 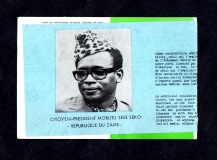 A very rare stubless on-site ticket from the legendary "Rumble in the Jungle". Muhammad Ali met Heavyweight Champion George Foreman in Kinshasa, Zaire on 30th October 1974. The fight was originally planned for September 25th but was rescheduled after Foreman suffered a cut in training. Ali shocked the world, knocking out the heavily favoured Foreman in the 8th round. We obtained the ticket directly from the family of the original attendee who travelled to Zaire in 1974. Only the right stub has been removed. The main body of the ticket and left stub remain. The size is approximately 3" x 4.5". The ticket entitled the holder to sit in Seat 959, Section U. You can easily pick up one of the full proof tickets for this fight, but genuine on-site examples with seat numbers remain one of the most elusive Ali tickets. The condition is very good. There is some mild creasing, however the colour and edges remain excellent. The back has an original sticker with an image of President Mobutu affixed to it.