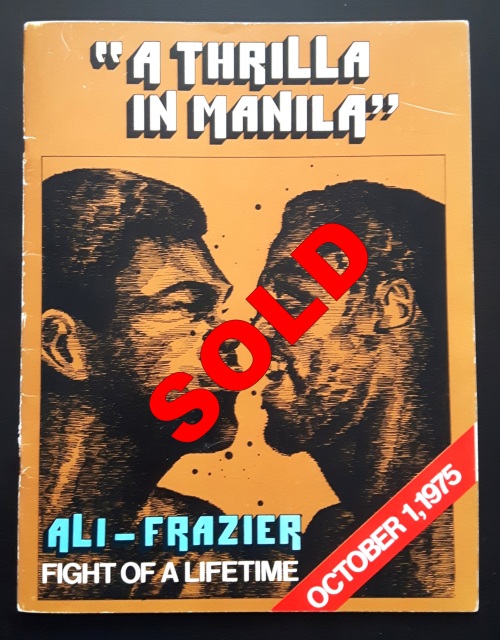 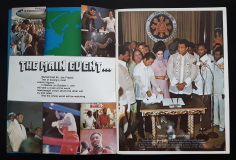 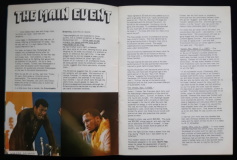 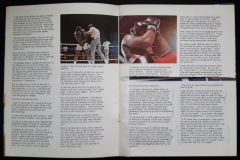 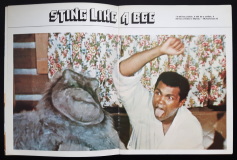 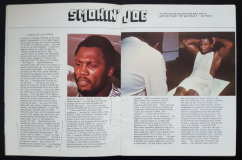 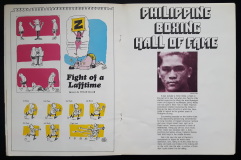 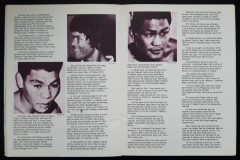 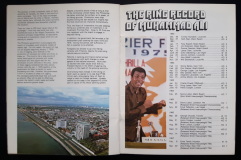 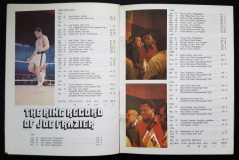 An official on-site program from Muhammad Ali's 51st professional fight and third bout versus Joe Frazier. Named the "Thrilla in Manila," the fight took place at Araneta Coliseum in Metro Manila, Philippines, on October 1st 1975. Widely regarded as one of the greatest fights in boxing history, Ali would win the fight by technical knockout after Frazier's trainer, Eddie Futch, chose to stop the fight between the 14th and 15th rounds. In victory, Ali retained his The Ring , WBA and WBC Heavyweight titles. The program is generally in very good condition. However, there are two interior pages that have a section neatly cut out. The first is a small square on page three, the second is the lower part of page eight. There are also a few pen marks on the early pages. The program has 46 pages in total and measures 9 by 11.75 inches.